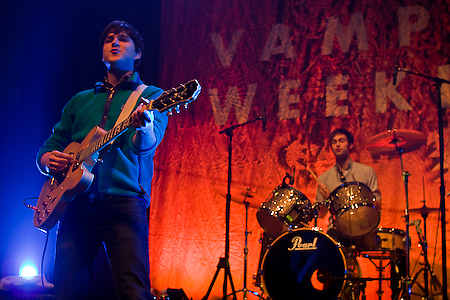 Vampire Weekend end off their newly announced Spring 2013 tour at Keller Auditorium on the 23rd May. Their new album, entitled “Modern Vampires of the City” is released on May 7th in the States via XL Recordings.

From New York, the band consists of Ezra Koenig, Rostam Batmanglij, Chris Tomson and Chris Baio. Their live concerts are very popular and sell out fast so make sure to book your tickets today to avoid disappointment.